Anyway, that’s enough about Morris’s rood girlfriend, and I shall explain more about the first Tuesday in Lent.  I explained last week that El Provedor has given us some buckets and explained that these were our new toys.  However, this is Lent and it would not be right to spend our time playing with buckets in a penitential season.  Happily, we have now realised that walking around with our heads in the buckets is a very effective Lent meditation technique.

Unfortunately Aitana became quite giddy at the weekend after going round in circles for three hours with a bucket on her head.  She is a bit of a dizzy little horse most of the time anyway, so this didn’t surprise me, and I think it was just an excuse to get more attention from El Provedor.  We haven’t seen much of him recently because he has beenvery busy re-scheduling all his teaching work because he realised the early Easter means that the school term is going to run out before he has taught his students everything they need to know before going off for their Easter holidays and ruining the planet.

El Provedor has also been busy preparing his four  Lent pieces on the Letters of Saint Clare to Agnes of Prague, which will be appearing every Sunday on another blog.  So that leaves me in charge of this donkey blog for the moment, and I feel another simile coming on. There were two buckets in a field.  They were very much like two buckets in a field. 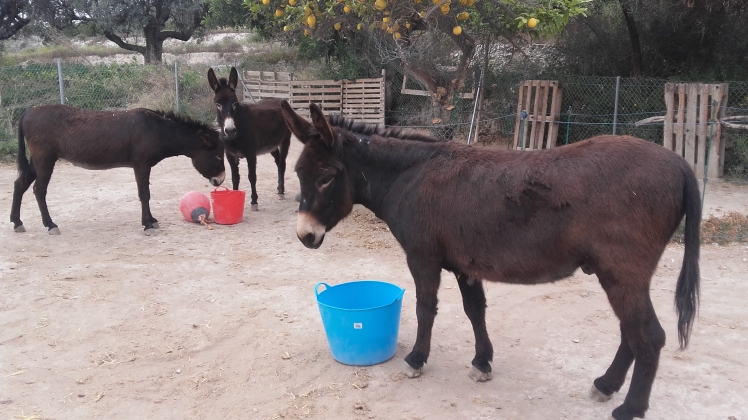 Or was that a haiku?

6 thoughts on “The First Tuesday in Lent”