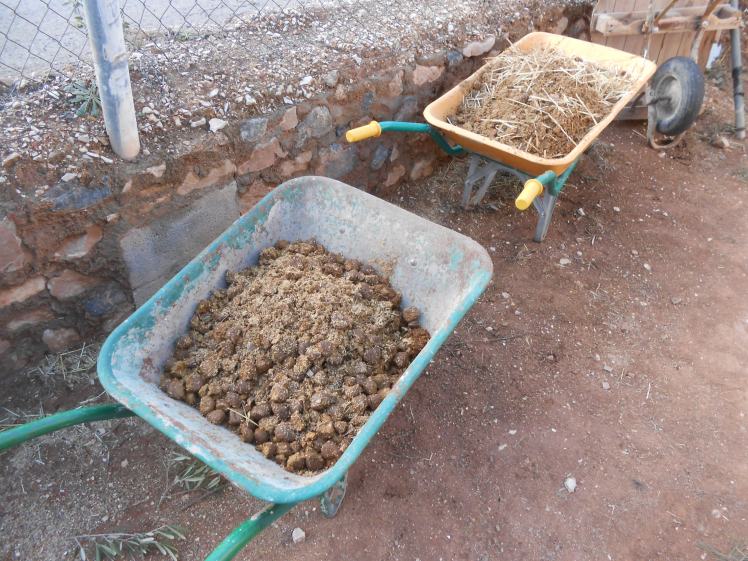 Today at El Parral we had the ministry of agriculture official veterinary inspection.  To keep equines, whether horses, mules or donkeys, requires a set of paperwork which is more complex than that needed to purchase a house.  This is no exaggeration: in fact it is probably twice as much paperwork.

Therefore there are many people who keep equines who do not even bother with the official paperwork: I know of several.  Because these owners are unknown to the authorities, they don’t get troubled for reminders about annual updates, or in my case nearly fined last year for not responding to a reminder (which the ministry of agriculture sent to the wrong address, which is why I avoided the fine.)  If owners without paperwork come to the attention of the authorities, it is mainly through a report of animal abuse – where animals have been seen living in poor conditions – and even then, according to the Refugio del Burrito rescue team, it takes a considerable effort to get the authorities to raid a property and have the animals relinquished into proper care.

The Guardia Civil animal protection arm – Seprona – is responsible for that.   I have been warned by Tito – who brings the monthly donkey food delivery – that a passing Seprona patrol would be more likely to pounce if they saw a pile of manure.  They can hand out on-the-spot fines which are quite lucrative for their Christmas bonus.  Whereas animal cruelty cases spend months in court and the guardia don’t benefit financially from taking action.

In the case of my four donkeys, I have always attempted to follow the complex regulations and keep all the paperwork up to date.  So I am registered as a livestock keeper (ganadero in Spanish) and therefore subject to ministry oversight.  Hence today’s inspection.  Manure control is a big issue: it must be stored in a concrete-floored store with a weatherproof roof, according to the regulations, so it does not filtrate into the water table and contaminate drinking water.  After six months it can be used as fertiliser. So, it is important to keep a shed full of manure ready for the occasional visit from the Ministry of Silly Poos. 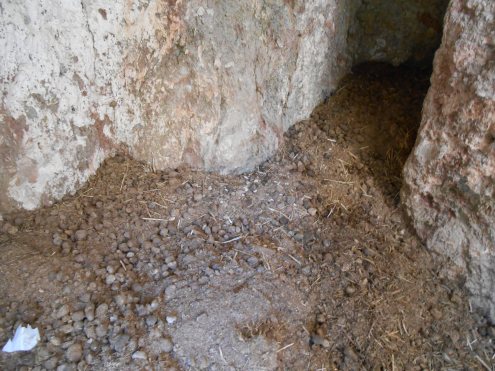 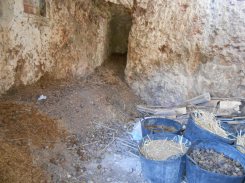 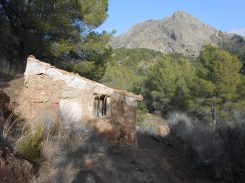 Prior to the inspection – notified last week – I offered to email directions how to find me, with a nice clear sheet of instructions that has enabled everyone to find my place without difficulty; even including that most chaotic of species, an art teacher!  But no: I had to drive to Orxeta to meet the inspector as he said he finds it difficult to locate farms in the countryside.  Now forgive me if I am not up to date with modern farming, but as far as I can remember, most farms seem to be in the countryside.  Therefore, if your job is inspecting them, it might seem a necessary skill to be good at finding your way in the countryside?  Or install an electronic GPS device on your dashboard, as used by most mums on the school run these days.

But no, I had to drive to Orxeta and lead the inspector from the Ministry of Silly Poos to El Parral.  Sure enough, his main focus was on the cleaning of the stable, the storage of the manure, etc., and when he had completed his inspection we spent a further 45 minutes going through all my paperwork, before he issued his inspection document.  There were no instructions for improvement or indeed any recommendations, other than the verbal observation that there was a bit of chicken wire next to the hen coop by the stable that should be tied back in case a donkey scratched its leg on it… !

I’ve dealt with two ministries in two days.  Yesterday I went with my trade union rep to an appointment at Seguridad Social in Villa Joyosa: a meeting to try and get some forecast of my Spanish pension, to help plan ahead for retirement… whenever that might be finally possible.

But the dragon behind the desk offered no information whatsoever and even shot barbs about the uncertainty of the future of the pensions convenio between Spain and the UK (in an obvious reference to Brexit).  “Who knows what your pension will be?  Nobody knows.”  What absolute crap.  My trade union rep was as disgusted as I was, and he said he would rearrange the appointment, but in an office in Alicante where he knows people.

Maybe Seguridad Social is the real Ministry of Silly Poos…

2 thoughts on “The Ministry of Silly Poos”