Morris has been engrossed in the newspaper again.  I should remind infrequent readers of my blog that Morris does the reading and I do the writting.  Neither of us can do the other thing.  While we were eating our evening straw, I asked him what he was reading about.

“The backstop,” he said, flicking flies off his bum with his tail.  “The Northern Ireland backstop, in case you don’t know much about current international affairs.” 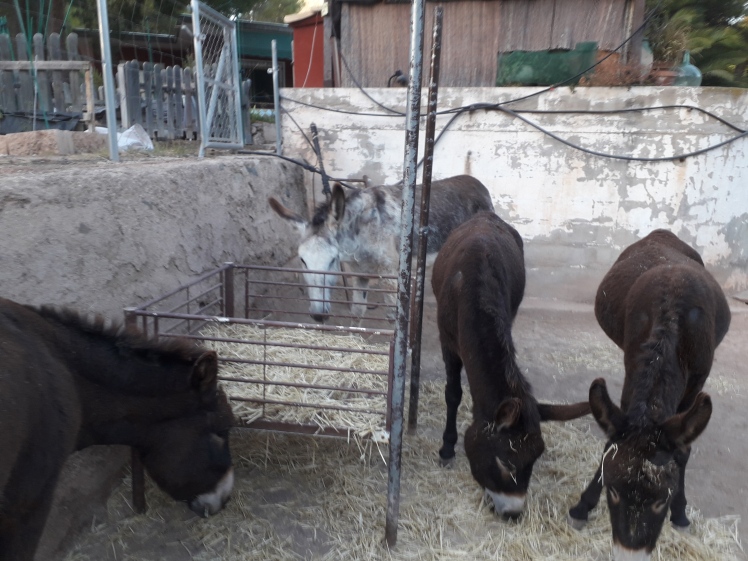 “Morris, that’s Brexit” I said, wearily. “I hope you remember what we talked about?”

We agreed to completely avoid the subject because our Peasant gets instantly depressed, then spends hours on his computer – desperately under the illusion that he and his comrades from Vets4EU who wear nice blue and gold designer T-shirts and military berets are successfully sabotaging Brexit – and then he arrives late with our supper, saying, “Ha! That will take the wind out of Farage’s sails!” as we stand there entirely disinterested, like the rest of his friends in Finestrat. 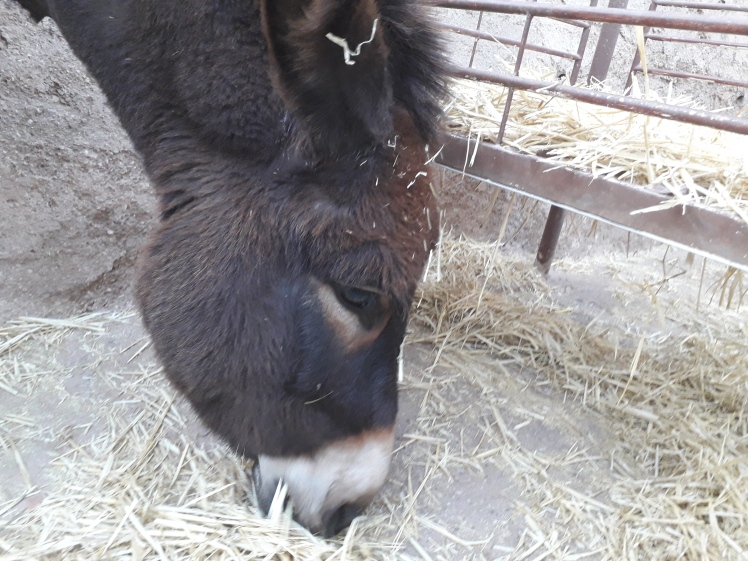 Morris looked guilty.  He usually does because he has always been naughty but can’t remember what was the last naughty thing he did.  Then he remembered something important he’d read on an earlier occasion.

“But Ireland is full of donkeys,” he protested. “So we need to understand the Irish backstop as an equine equality issue.”

There was no arguing with this.  He decided that we should work out the solution to the backstop and that would probably help the Peasant solve the Brexit.

“What we need is an anagoly,” I suggested.  “It’s where you explain something as if it was entirely something else, but it is not something else at all. It is Plato’s cave.”

“You mean where only the person who has been out of the cave knows what a backstop is?” asked Morris.

“Yes,” I replied, “It will be that sort of anagoly but without a cave.”

“Best to keep caves out of it,” said Morris.  “I don’t think they have caves in Ireland.  Just holy Mary grottoes.  I’ll tell you the backstop and then you can do the anagolies with it.”

“Call yourself a Catholic?” said Morris.

So Morris explainied the backstop to me and I listenied very attentively before writting this anagoly, which I explainied to him as we continued eating our straw.  Here is my anagoly which is all my own anagoly.  I’ll start my anagoly now…

Up in the north there is a big supply of straw and alfalfa which get mixied up to make our feed and it gets transportied south by the Peasant twice every day to feed us donks.  That’s two big bags of straw and alfalfa crossing over the border between the food store and the mangers, with nobody stopping the Peasant and pissing him off or tripping him up.  We just gets our food.  Then along comes a bunch of international fund managers, tax avoiders, vulture capitalists and speculators and locks the gate so the Peasant can’t bring the bag of straw south to the manger. The manger is empty.

This is an empty manger but not actually the manger that we are eating from just now: this is the winter manger –  which is empty – but we need a photo of it for the sake of the anagoly.  (Matilde has done a wee on the floor and that is not part of the anagoly either but it adds to the desperate post-Brexit atmosphere of decline and deprivation.)

“It’s a crap anagoly, this,” said Morris, reaching under the manger for straw that was just the same as the straw in easier reach on top of the manger.

“Eat your straw.  It’s the best anagoly we’ve got to expalin the backstop, OK?”

“What’s the solution to the backstop then?” said Morris.  “Can it be fixed with your anagoly?” 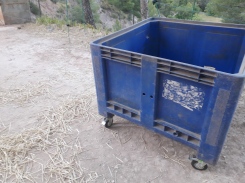 “It’s a technicalised solution where we have a special chute so the straw passes from the north to the south into special mangers on castor wheels or non-ferrous mangers with anti-tank defences as illustrated in my Powerpoint.”

“This isn’t a Powerpoint,” protested Morris.

“No, but it’s an anagoly and you can put Powerpoints in an anagoly or you can do it in Plato’s cave with shadows.”

“So that’s explaining the backstop then, is it?”  Morris snorted and kicked the wall in disgust.

“What about GATT 24 and WTO rules?” asked Aitana.

I do get a bit fed up sometimes with Morris criticising my Brexit anagolies.  I’m sure our Peasant appreciates them. If Morris donkey thinks he can do better he should go and join Steve Bray.

3 thoughts on “A burra explains the backstop”