In today’s Rubí Tuesday blog post, Rubí continues (from last week’s post) the story of Morris’s father.  You will remember that Ferdinand – on one of his many escapes from the enclosure in Parcent – had seen a film when he looked through a window of the Union Hall, with some scenes of a donkey in the circus.  This had inspired him to become an opera donkey.  Rubí continues her story…

So, after I wrote the first part of my story of Ferdinand last week, I told it to Morris as we sat under the olive tree on level 2.  Matilde was dozing nearby – pretending not to listen to my story – with Aitana rolling in the dust trying to get her mother’s attention.  (Silly horse!)  Morris was rapt in full attention, his ears pointed towards me as I continued.

It was late October when Ferdinand disappeared for the last time.  Matilde and I were asleep in our corner of the stable in Parcent that was occupied by twenty donkeys. Ferdinand woke us very early when it was still dark.

He was dressed in his peasant escape outfit, so we knew what he was going to say.  It would be his “farewell forever” speech, as he had done a dozen times before.

“I will never see you again, my lovelies,” he said tearfully.  “I am leaving now to find a travelling circus and eventually make my way to La Scala in Milan or the Arena in Verona, to become an opera star. This time they will not recapture me and bring me back here.”

“That’s all you woke me up for, is it?” snorted Matilde.  “The usual?  See you again this afternoon then.”

But I responded with tears of my own for I had an intuition.  That’s the main thing about being an intuitive donkey: I get intuitions.  And this intuition was that we would never see Ferdinand again.  As he stood in front of me in his rough peasant disguise, I saw him not in the stable but instead standing on a stage in the footlights of an opera house. He was neatly groomed with manicured and polished hooves.  I saw the future of Ferdinand as the star of the opera.

This shining vision left me and Ferdinand was once more standing in front of us in his straw hat and baggy peasant’s trousers.  I rubbed noses with Ferdinand in a fond farewell.

Matilde sat down to go back to sleep.  “You’re a fool, Ferdinand,” she said. “You’ll miss breakfast and then you’ll be hungry till supper, after they’ve recaptured you once again!  You bore me Ferdinand, with your ridiculous peasant clothes.”

“Farewell, my lovelies,” he said.

Ferdinand left without looking back. He looked at the closed stable door, considered the promble carefully, then opened the latch with his teeth. The last I saw of him, in the lamplight of the stable yard, was his blue denim trousers disappearing into the dark.  His escape method was well practised: he would look for a low point in the chain link fence and trample it down to get out. 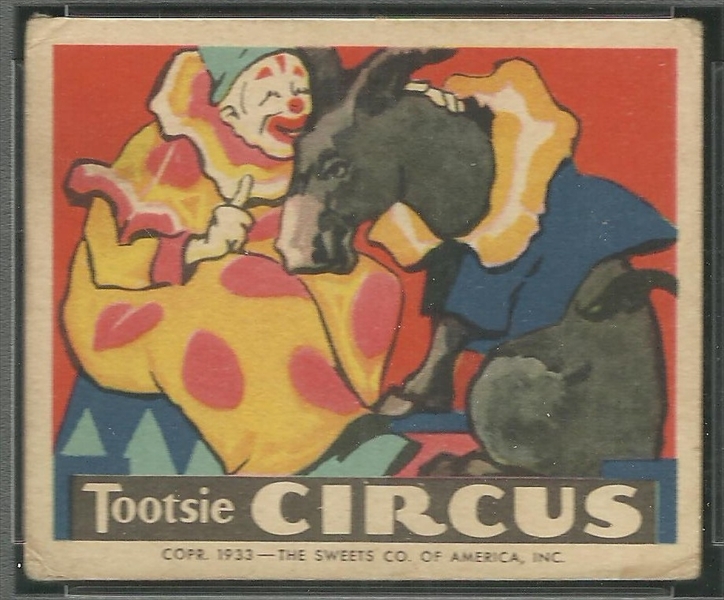 We never saw Ferdinand again.  I have always imagined him succeeding with his adventures, joining a travelling circus and escaping once again, while touring in Italy, so he could run off and join the opera at La Scala or perform in the summer season at Verona Arena.  In fact opera donkeys are more common than circus donkeys these days.

It is a strange world when animals have been removed from circuses – the public spectacle for the working classes – on the grounds that the crowds and the noise and the lights are stressful for them.   Yet the middle classes pay serious money for a ticket to see Carmen in a crowded theatre, a loud orchestra, and with spotlights glaring at an opera donkey in centre stage.

The Arena in Verona 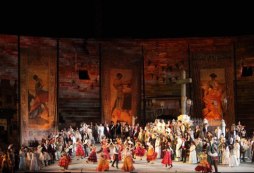 “And so, young Morris,” I finished, “that is all I know of the fate of your father.”

Morris had his tongue sticking out to one side, as he always does when very thoughtful, or considering a promble.  Just like Ferdinand at the stable door.

“So my father was a peasant and became a star of the opera?  Will you see him again?  Did he say he would come back?  Will I ever see my father?”

“Morris, what I have told you is all I know.”

Matilde, who had pretended to be sleeping, opened her eyes.  “Ferdinand was an arse.  He got us both pregnant, then disappeared.”

Morris stood up and glared at Matilde.  Then he looked at me.  “Is it true?”

I nodded.  “That’s why you were born on one Saturday evening and Aitana was born to Matilde so soon after.  The next day, Sunday at lunch time.  Ferdinand had his fun with us the year before you were born, then he went off to join the circus.”

“Then Aitana is my sister.”  He looked at Aitana who was now exploring pine cones at the end of the level two field and quite unaware of the drama.

“Half sister,” I said.   “Silly horse.  Matilde and I are two quite different donkeys.”

Without another word, Morris left me to my memories of Ferdinand and trotted up the slope to see the Peasant, who was sweeping our level one field at that moment.  The Peasant is very good: he sweeps both fields in the morning and in the evening, so local people passing say “Look: it is the cleanest donkey farm in Spain!”

Morris greeted the Peasant by dropping a present all over the ground that had just been swept.  The Peasant sighed deeply, then paused from his sweeping and stroked Morris, but the donkey bent down and started licking the Peasant’s blue workman’s trousers. 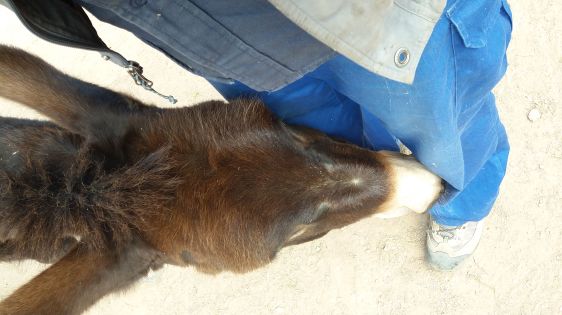 “Stop it, Morris, you silly donkey!” said the Peasant.  “Why on earth are you eating my trousers?”

Morris looked up at the Peasant and asked, “Are they my father’s trousers?”

But the Peasant didn’t understand.  I gazed down into the valley, then closed my eyes and saw Ferdinand again in his glamorous life in Italy.

2 thoughts on “Paternity and the Peasant (Part 2)”