Tomorrow, Rubí donkey will write (writ? writtied? wrotteried?) her usual Tuesday blogue.  Her subject tomorrow remains  Envirionmental Enrichiment the next part of it (being Part 2, which follows from Part 1, and that is a credit to Rubí’s clear focus on the sequencing.)

After that the equusasinus.net blog will take readers on a ten year journey through the pilgrimage from 2010 to 2020.  Some of you were here at the beginning (Bruvver Eccles, Jabba, and a few more); some of you were sort of here before the beginning (Alys, obviously; Liz and Sheel from the 1990s!)  Some readers have found the blog recently without any idea of its history – and a few understandably panic when the Vatican flag starts flying again: which it used to for many years. It is not a new addition!  For the latter group of readers, some potted history of the blog might be useful.

In 2010 while still in Canterbury, where I had returned from a horrible experience as a late vocation with the Order of Friars Minor in 2007 – then gradually refocused in Parkminster with the Carthusians, then a year in Rome at the Pontifical Beda College – I began the blog Brother Lapin’s Pilgrimage.  It was a consequence of being involved in setting up Catholicism Pure & Simple because I saw how user-friendly the blog format was for writing short essays and I rather liked the idea of making a blog as a personal diary. But I did not have a peg on which to hang a blog…  Until the summer of 2010.  That is when I left Canterbury on my bicycle, not knowing quite what would happen next.  And I never returned.

The second part of the story became the search for a more rooted existence, here in the Costa Blanca, after five years of life with the donkeys.  It was unconsciously, then gradually more consciously a return to all the genuine vocational searching of 2006-2009 which had been met with a cruel and – yes let’s use the word – inhumane Catholic vocations machine.  It took me five years to recover from the experience of a system which “welcomed” mature vocations but had no proper process for discerning spiritual direction, except to treat candidates as if they were twenty-somethings with no experience of the world. 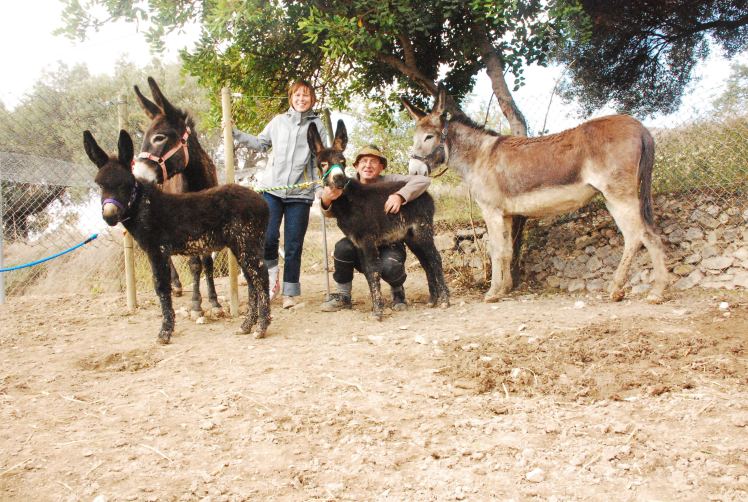 So I began again in 2015 to see if I could find my way again, after five years of being healed by donkeys.  Eventually the way became clearer and the search began: the search for a hermitage, and that is now established and the present stage is the fine tuning of the Rule.  In 2020 we are all hermits, confined to home, so it has become a journey into solitary life undertaken in solidarity with a whole society around me.  There is no difference in the isolation: only a difference in the intention.  This is what has been intended for several years!

Reflecting on 10 years of the blog in key episodes

So, apart from Rubí’s Tuesday blogs which will continue in her inimitable manner, I don’t intend to write anything new here for the next two months.  I will simply re-post an earlier blog from ten years ago to the present, but the chosen blogs will be chosen to illustrate a clear path – a pilgrimage – which I have been aware of and some readers have been aware of too.  So sometimes your readers comments from years ago will also be included.  The ten year journey through the blog will start later this week with a short introduction to each post.