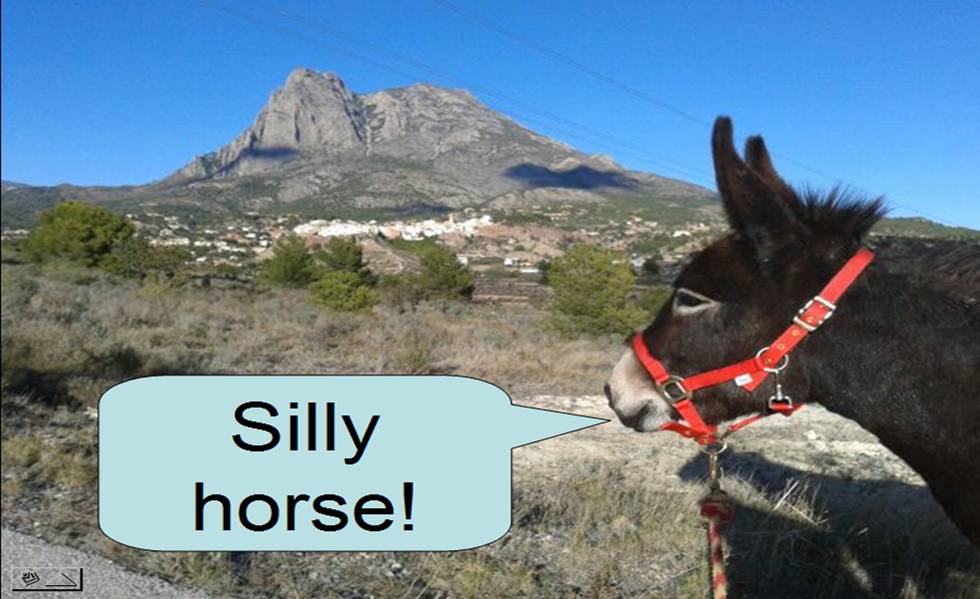 Two years ago I wrottied my first blog article about this subject, remarking that a great deal of information is available on the Interweb on the subject of donkey care, but not much about the less well-known topic of caring for your peasant.   My 2018 article has since become the standard reference available on the Interweb on this important topic.  Today, I particularly want to concentrate on peasant care for those of you who own a British peasant breed.  There are particular welfare issues affecting these peasants after the 31st January.

Morris donkey has been helping me with the Interweb research on this topic.  (As usual, he does reading and I do writting.)  The first thing that I want to look at relates to immediate welfare concerns you may have about your peasant in these first days of February. 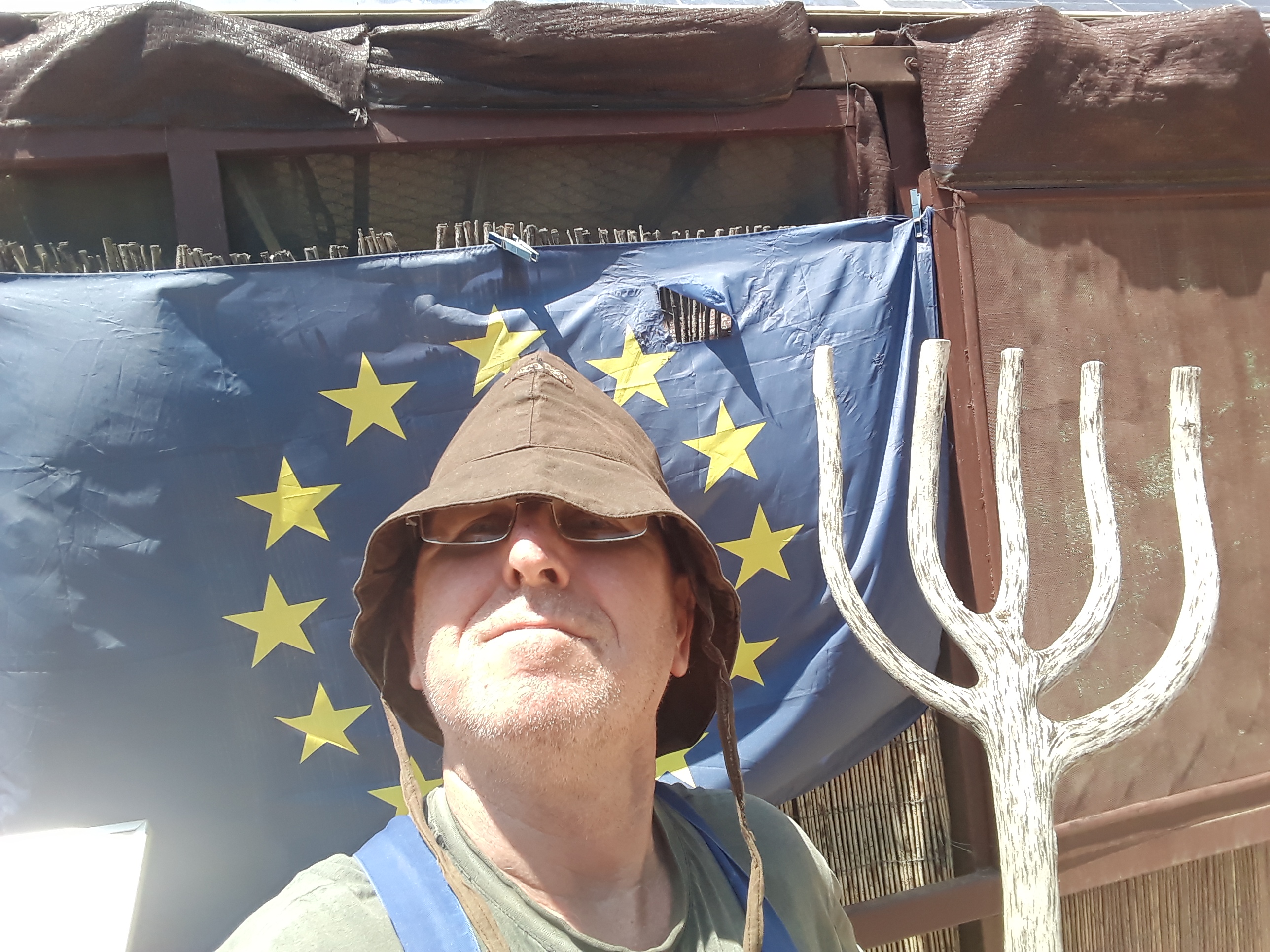 You may notice that your peasant seems particularly glum and is sitting on a fence staring at the trees instead of sweeping up manure, or he is a bit slow bringing your straw and carrots.  He sighs a lot and mutters “Bastards!” at nobody in particular.  Or sometimes he might be more specific in his mutterings, for example making noises like: “Bloody ignorant gammon tossers…!” and kicking a wall or trying to punch a passing squirrel.

We all have miserable moments.  The other donkeys even say I am a bit of an Eeyore myself.  But this kind of negative peasant behaviour is typical at this time of year of the British peasant breed known as the Remainer, or sometimes Remoaner.  These signs are typical of what peasant experts call Withdrawal Symptoms.  What are they, Morris?

“Well, I have done researching on the Interweb and withdrawal symptoms are when you are in Dunkirk and you go home again in a hurry.”

“And has the peasant left Dunkirk in a hurry?”

“Not recently, but he went there on a day-trip for the sixtieth anniversary of little boats sailing out there in a hurry in 1940.  He returned on his bicycle via Calais, so I don’t know if that counts.”  Morris scraped in the dust with his right hoof, making a sort of L-shape to show me where Dover came into it.  “But look it’s still going back from Dunkirk but just a bit more deviously further down the French coast.  So it’s a withdrawal symptom and complicated by denial.”

“Good point, Morris,” I said.  This brings us onto another portant topic.

“Tell us more about denial, Morris.  What is it?  And how do we help our peasant to get over denial?”

“Which do you want, the Frudian or the Jungian explanation of denial?  The Frudian one is about an Austrian doctor who said everything is caused by sex and most pyscological prombles are due to early withdrawal.  But not necessarily from Dunkirk.”

“I see.”  I considered the idea but quickly dismissed the Frudian thing as unhelpful.  “Our peasant used to be a monk, which he found enjoyable as he wasn’t much good at sex anyway; so I don’t think that comes into things at all.  As I understand it, he gave up all that sort of nonsense years ago and took up alcohol instead.  What about the Junkian thing?”

“The Jungian one is about a Swiss doctor who said everything is caused by the Archaeopteryx of the Unconscious.  In other words everything is symbolic.”

“And you think our peasant may be symbolic?”

So, to summarise these portant pyscologistical theories, it all comes down to this question.  Is your peasant sexy or symbolic?  I don’t know if there’s anything we can actually do about either condition.  I did try to ask Morris but he had lost interest in the Archaeopteryx of the Unconscious and had gone off to annoy Aitana.  She had found one of the turnip tops that we all turned up our noses at yesterday when the peasant tried to feed them to us.  Morris didn’t want the turnip top either, but he was going to make sure he snatched it away from Aitana.

“Is this a white carrot?” she asked, sniffing and glaring at it with suspicion.

Finally, we come to another very portant factor what is the loss of identity.  The peasant who was a British peasant but no longer identifies with the “bloody ignorant gammon tossers” – as he sees them – will need your encouragement to help discover his new peasant identity.  This could be achieved by small symbolic actions – if you have a symbolic peasant – for example, showing empathy when he says he will ceremoniously burn his passport outside a British pub in Benidorm while loudly humming the Ode to Joy.

However, if he tries to put such a plan into action, distract him with some immediate gratification (send Morris along with a tray of gin and tonic, for example) and later you can remind the peasant that he will need the passport and other documents for identification when he applies for Spanish citizenship.  Feelings of loss of identity, in other words, are not improved by throwing away forms of identification before your peasant has succeeded in getting different ones.  Also, being arrested for bureaucratic arson will not improve the application process for citizenship at the Spanish Ministry of Justice.

If your peasant has been on pilgrimage to Compostela, you might suggest he takes his Santiago pilgrim passports and certificates out of the drawer and look at them again to remind himself of his longer term spiritual aspirations.  You may find that he warms to the idea that he is an eternal pilgrim peasant, so blue flags with yellow stars are just passing worldly fripperies that worm and moth will turn to dust.  Or in a more severe case you may find that the peasant only finds contemplating Compostela more upsetting, as it reminds him of European roads all joining together in a shared destination.

If all else fails, distract him with pointless trivia.  Say things like, “Be philosophical: don’t think about it.”  This may help because peasants don’t get irony.   Or try the gin and tonic again, which usually does the trick.

So, that’s all I have to say on the subject of How to care for your peasant, Part 2.  I’m now going to have a poo.

Please note: If you have been affected by any of the issues raised in this blog post there is probably a helpline somewhere.  You could try Switzerland.